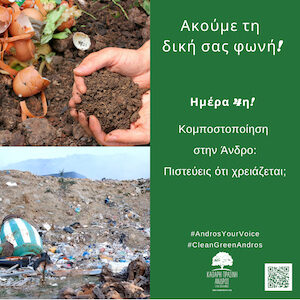 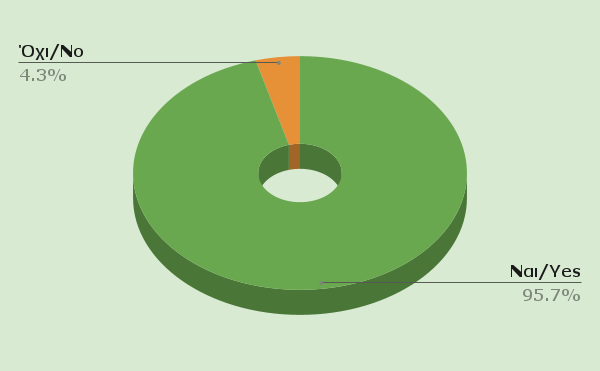 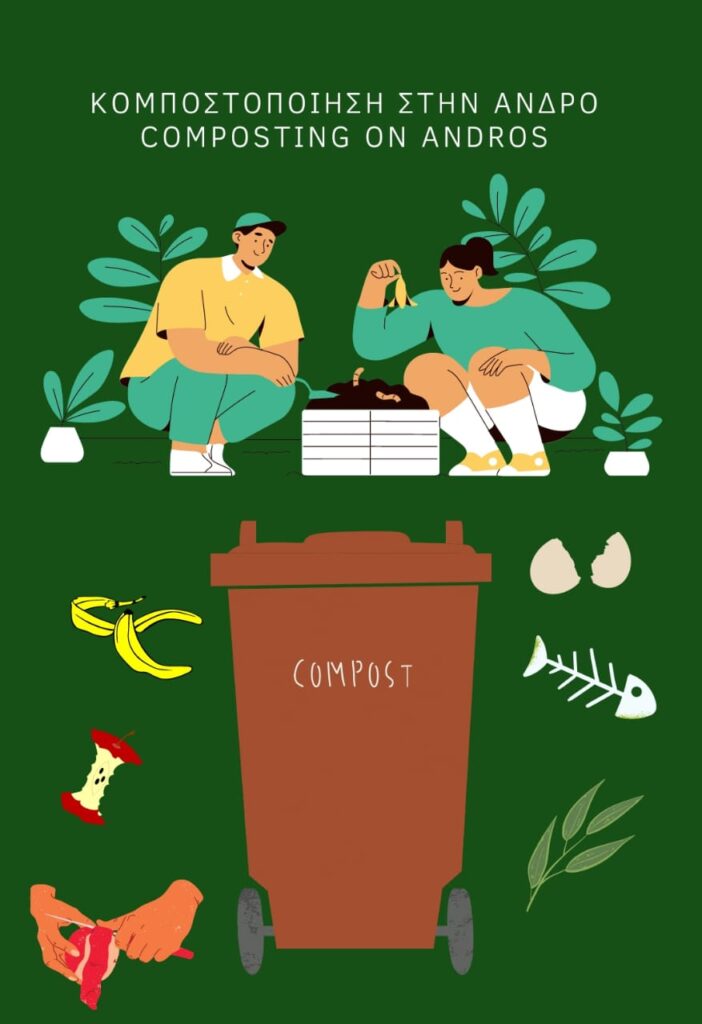 Actually, now that there are compost bins in the Athens area on the streets where the farmers' markets are held, I actually take all my kitchen waste there instead of putting it in the garbage, but I'm probably the only person who does it. Some years ago a group of us actually worked with the Demos of Kifissia to start more pilot programs for composting and brown bins were circulated widely along with pamphlets describing what to do, but that seems to have been discontinued. People do not seem to care enough and as usual throw all kinds of other trash in with their organic scraps etc.
Artemis
Find it v hard to keep compost. It’s so dry and not here full time. Plus it attracts rats. You also have to think how many separate containers each person can keep. Already need 4 to separate general waste, glass, plastic, paper.
Barbara
Δεν βλέπω πουθενά να αξιοποιούνται.
TH
All food leftovers are given to outdoor cats. Potato and vegetable peelings and old vegetables are put in the rubbish bin together with other rubbish excluding the recyclable. Too much effort to put it on a compost heap, which requires tending and turning over. Not interested in gardening. Garden waste, cuttings, dead small branches are burned, bigger branches are used in the fireplace.
I have nearly no food waste. I eat it all up. The little rest I put into a special wastebin for organic waste.
Erika Schneider
In winter my compost box does not work, but then I don't live on Andros... If I lived on Andros but not in Chora, I would not drive to Chora to drop it in the organic waste bin! Think of the petrol waste... These bins should be on every corner of every village or in every household.\r\nIn Holland we had a special private bin for compostable waste in each house which was emptied every 2 weeks. This would be excellent!
Anna Pelt
ΝΑ ΤΑ ΞΕΔΙΑΛΕΓΩ ΚΑΙ ΜΕΤΑ ΤΙ΄ ΠΟΥ ΝΑ ΡΙΞΩ ΝΑ ΠΑΩ ΑΠΟ ΤΟ ΜΠΑΤΣΙ ΤΗ ΧΩΡΑ ΝΑ ΒΡΩ ΚΑΦΕ ΚΑΔΟΥΣ
Previous
Next